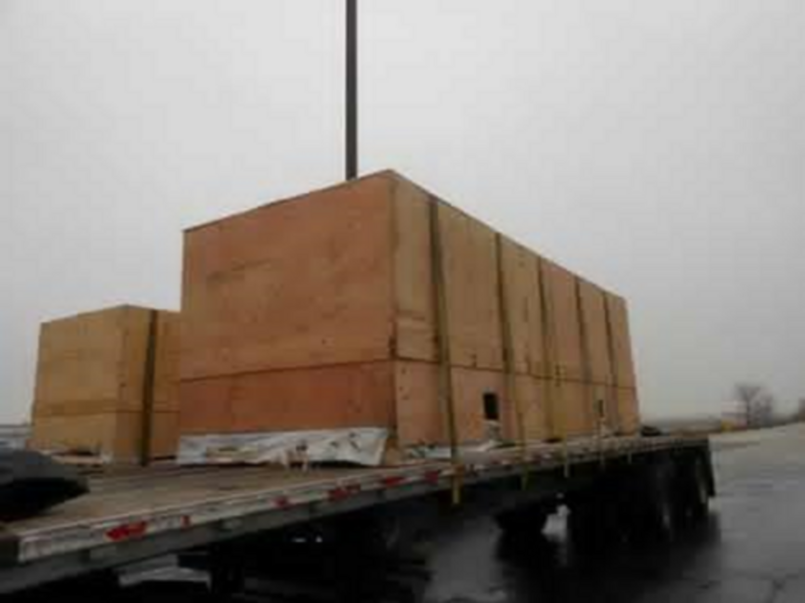 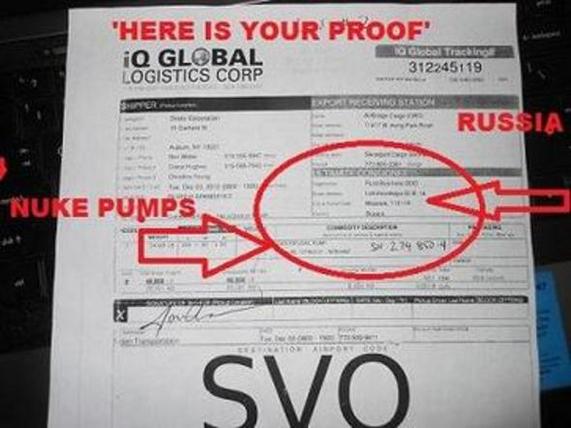 During the Obama Biden years they Stated about getting rid of Nukes, funny thing , fate or destiny either or, out on the road driving truck I was called to deliver a hot load - this hot load [ Nuke Pumps ] - they were picked up in Upstate New York By myself and another driver - they were to be delivered ASAP [ without delay] upon reaching the Airport in the windy city we pulled into a airport hanger - met by Russian specking people they were to go in the plane headed to Russia no customs workers to be seen any place- anyways straight shot headed to Russia -the paper work is below and photo of side of the box along with our flat beds that hauled them. Don't get us wrong [ We can't stand either one of these guys - Known fact] -- But know this we are fond of Michelle as her office was involved in helping bringing Jon Hammer home from Mexico - yah we are involved in a lot of things around the world - we issued this page to point out facts and why we will not stand still having Biden back in office - its time for a new Generation - we have campaigned for both parties and many women - again Syria and this Russia Crap is getting old! Move on its Gen-X Time!

​FROM TERRORISM ATTACKS TO JAMAL KHASHOGGI TO COVID 19

OUR CYBER SECURITY IS NEVER WRONG

ALL FACTS WE HAVE A CYBER SECURITY UNIT