Shortage of Poop Paper - Remember this your grandparents used cloth diapers on your ass - now some of you would not do it - but hey wipe your ass with old rags wash them out with Ivory soap hang and dry. Its better then walking around with a dirty ass. More To Come..................

The Ministry of Industry and Trade decided to exclude soap bars, shampoo, and tissue paper in the form of jumbo rolls "production requirements" from Resolution 187 of 2020 to stop the export of masks and protective supplies.

Minister of Trade and Industry Nevein Gamea issued two decisions to stop exporting all of the surgical masks ("face masks") and the requirements to prevent infection and alcohol of all kinds and derivatives, for a period of 3 months starting from the date of publishing the decisions in the Egyptian Gazette.

Gamea said that these two decisions aim to provide the needs of the Egyptian citizen with these products, especially in light of the precautionary measures that the Egyptian government implements to protect citizens from any possible repercussions of the spread of the new Corona virus.

She added that the two decisions were taken after coordination with the Ministry of Health and the manufacturers of these products, as it was noted that during the past few days, large quantities of these products were exported to the markets of the countries where the virus was spread, which negatively affects the availability of the quantities needed for the local market. 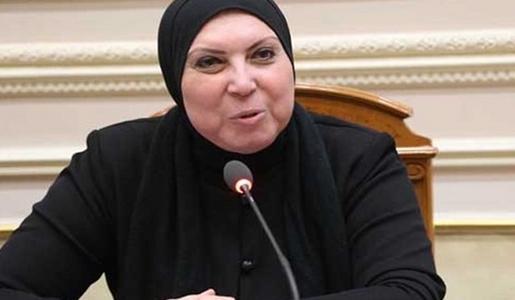